The Global Platform for the Prevention of Autoimmune Diabetes (GPPAD) was launched in 2015 and brings together several academic research institutions and hospitals in Europe. GPPAD aims to establish an international infrastructure for studies dedicated to preventing the development of type 1 diabetes.

WE RESEARCH. WE DEVELOP. WE FIGHT.

FOR A WORLD WITHOUT TYPE 1 DIABETES.

The researchers behind GPPAD are striving for a world without type 1 diabetes. © Helmholtz Zentrum München/Jörg Simanowski (Markenfotografie)

GPPAD pursues the long-term goal of preventing the development of type 1 diabetes, which is especially important as the number of new cases is continuously increasing. This requires an international platform for the early detection of increased risk of type 1 diabetes development and for clinical studies on the prevention of the disease.

Realising GPPAD’s vision requires the participation and engagement of the general public. The prevention of type 1 diabetes is a global issue and needs the support of hospitals, researchers, and politicians, as well as laypeople. The success of GPPAD will depend on the extent to which it is able to bring together all the groups involved and convince them of the need to jointly create the required environment for the prevention of a chronic childhood disease that currently affects around four out of every 1,000 children in western industrialised nations.

The GPPAD studies focus on preventing beta cell autoimmunity, which is a mistaken reaction of the immune system that causes type 1 diabetes. The preventive treatment should begin when the child is an infant or toddler, as beta-cell autoimmunity often occurs in the child’s first or second year of life. Closely interlinked, multi-regional screening programmes for the early detection of an increased genetic risk of type 1 diabetes in newborns, such as the Freder1k study in several German federal states, provide an important basis for this.

A genetic test can identify newborns with a 25-fold increase in their risk of developing type 1 diabetes. Families with infants at high risk of the disease are invited to take part in a study aimed at preventing type 1 diabetes autoimmunity by taking a natural probiotic (B. infantis). Find out more about this prevention study here.

GPPAD is supported by the United States Leona M. and Harry B. Helmsley Charitable Trust.

Dr Melanie Gündert on the team behind GPPAD 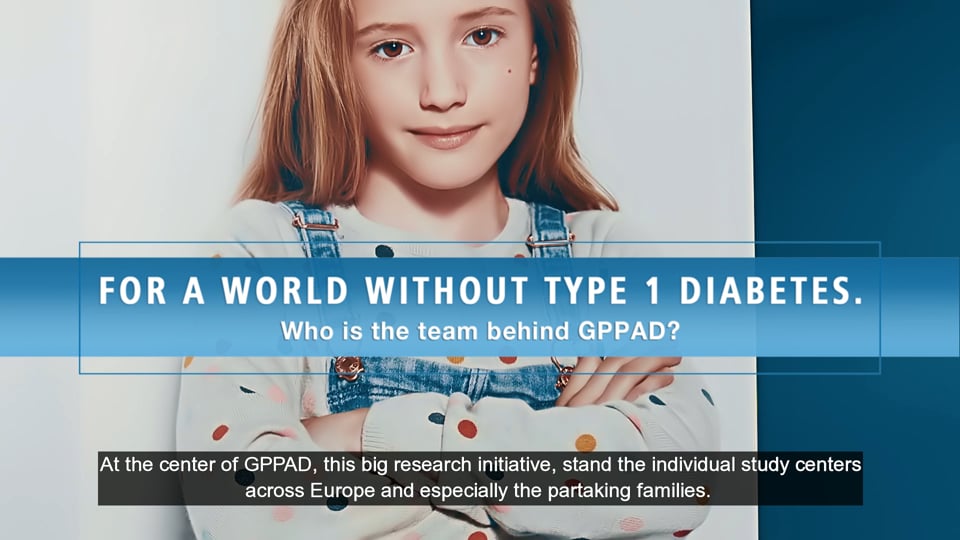